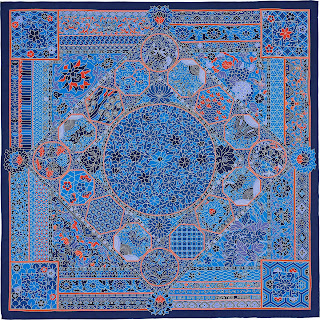 Produced in association with the Musée des Arts Décoratifs, this scarf is inspired by the cloisonné enamel designs of China’s Ming and Qing dynasties, many of which are preserved in the museum’s archives.

Nineteenth-century France showed a pronounced taste for Chinese art, and many important private collections were amassed during this period (think only the Maison's acquisition of Shang Xia). 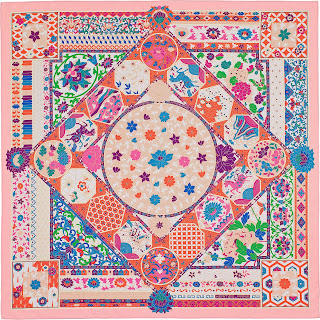 In 1923, the banker David David-Weill – an early convert to chinoiserie and someone described at length in William D. Cohan's "The Last Tycoons - The Secret History of Lazard Freres & Co." – presented the museum with over 150 cloisonné enamels from the Imperial Ming (1368 – 1644) and Qing (1644 – 1912) dynasties (the later gave today's China its "English" name - otherwise, in Chinese, the country's name is "the Middle Kingdom").

A second gift, from Baroness Salomon de Rothschild, further enriched the museum’s collection.  The enamel technique known as cloisonné creates motifs outlined by tiny strips of metal forming raised networks covering the decorative surface, to be filled with enamel.  Here are floral and geometric motifs, and a galloping horse, that most symbolic animal in the Chinese bestiary, often associated with dragons.  This refined, sophisticated composition is a fitting tribute to the extraordinary subtlety of cloisonné work. 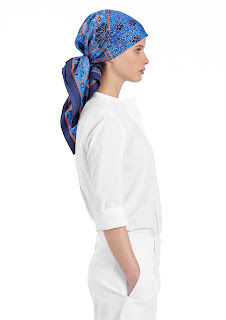 Posted by Costinianus at 8:41 AM