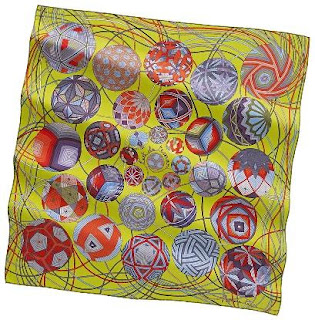 My interest in traveling and in discovering new places has been rekindled recently when I read an article on one of the most prized museums in Europe, the Museo di Capodimonte in Naples (Italy). The old Bourbon palace is a hidden gem for art admirers thanks to the many masterpieces of the Farnese Collection on display – paintings of tremendous high artistry that reveal so much about the variety and vagaries of the human character (included in the collection is Parmigianino’s beloved “Antea”, an arresting portrait of a beautiful young woman whose image has been used in Italy on everything from fridge magnets to tea towels and Christmas ornaments. The woman’s identity continues to be, like Leonardo da Vinci’s Mona Lisa’s, somewhat of a mystery, while her beauty is truly haunting).
The painting in particular made me think of the fascinating people that inspired such higher creation, people who – like us – held beliefs, followed customs and marked their existence with precious objects to protect them against evil spirits.  Neapolitans are famously superstitious people – but then again, who isn't?  I smile as I remember following very strict patterns when getting ready for the day ("right foot first" not only for when stepping outside or entering a new place, but also when putting on socks and shoes).  Do such habits dissipate since we become aware of becoming more mature?  Very unlikely – having lucky cuff links and ties, sweaters and jeans, glasses and even songs is case in point (not to mention that just the other day I caught myself reading my horoscope).

It is therefore in this spirit of lucky charms that Hermes has created “L’art du Temari” (“Temari art”), inspired by the Japanese tradition of offering these fabric balls, beautifully weaved in unique patterns of endless possibilities, as juggling equipment, lucky charms, gifts for births or weddings, for a New Year or a birthday. From humble beginnings as simple toy balls for children's play, Temari create a magnetic effect on lucky recipients and gift-givers alike.

Many lose sight of the superstition involving the amulets themselves: they must be found or received as a gift, and never purchased on one’s own. Such traditions were held the world over, and have been as old as the 32,000-year old Lion Man discovered in Germany’s Hohleinstein Stadel grotto.

As a spectacular decorating focal point, the puzzle of the design is mesmerizing. The equally fascinating aspect is that stitches can go in any direction because of the random wrapped thread surface of the ball: they are not limited to the traditional “up-and-down” or “side-to-side” motions as with traditional stitchery.  Of particular interest is the intriguing pattern carried through the scarf’s surface, particularly when the scarf is tied: it appears as if some loose threads have been left undone, an as open invite to the viewer to let his/her imagination explore the endless ways that the patterns can be made. The colour combinations are pretty young, allowing the scarf to match the spirit of both younger and young-at-heart persons, due to the very playful nature of the pattern.

In the spirit of having fun with the scarf, I encourage you to consider knots you haven’t previously sported. Let the play begin! 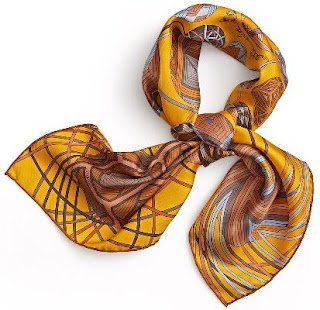