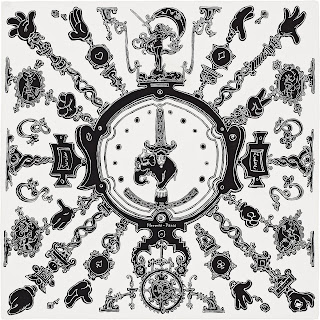 Born in 1978, Nicolas Buffe developed a fascination for Japanese culture – its manga cartoons, comic strips and video games – at an early age. A graduate of the Beaux-Arts in Paris, he has lived in Tokyo since 2007, where his work explores a mix of Japanese Pop and traditional imagery. In 2010 he won the Grand Prix Appel à la Création Contemporaine, awarded by the International Centre for Tapestry and the Weaving Arts in Aubusson, France. In 2012, he created the decor and costumes for Haydn’s opera Orlando Paladino at the Théâtre du Châtelet, Paris. Tokyo’s Hara museum presents a solo exhibition of his work in 2014. 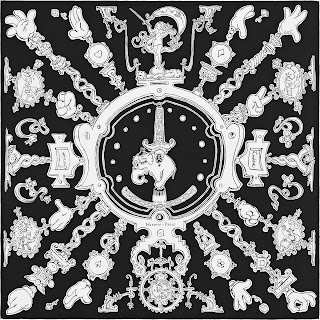 Serio Ludere (‘to play seriously’) was a precept dear to the hearts of the humanist authors of the Renaissance.  Serious matters were to be tackled with a lighthearted, playful touch – a wise approach saluting the need to stand back and see things in perspective, the clever knack of communicating deep thoughts with a pinch of humour and imagination.  This young French artist, steeped in Baroque and Renaissance art, mangas, comic strips and video games, presents a unique but characteristic composition – a clever mix of ancient forms and contemporary imagery. At its heart, an elephant symbolises playfulness and wisdom combined.  Bernini, the 18th-century sculptor and archetype of the Roman Baroque, perched his obelisk on the Piazza della Minerva on the back of an elephant.  His inspiration was an engraving from the Hypnerotomachia Poliphili (the Dreams of Poliphilus), a celebrated book published in Venice in 1499 by Francesco Colonna. In it, the author explains that a hard head (like the elephant’s) is the best support for the burden of wisdom. 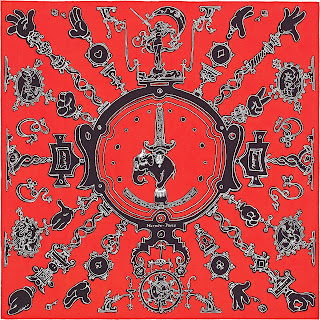 Nicolas Buffe gives us hard-headed, playful baby elephant, perched on a rocking-stool.
Posted by Costinianus at 6:39 AM