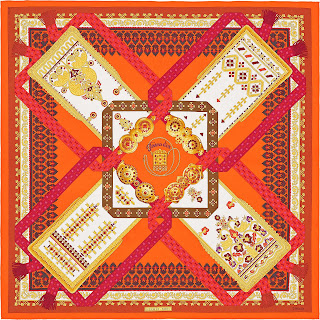 Embroidered with gold or woollen thread, decorated with stylized animal and flower motifs, geometric patterns or arabesques, these four aprons pay tribute to the people of the shores of the Aegean sea. At the centre of the design, an amulet set in a square of belt buckles affords protection against evil spirits.  The economic expansion of Greece in the 18th century, and sea-faring trade with the other Mediterranean countries, brought a new prosperity reflected in the lavish ornamentation of traditional costumes.  Bold, often geometric designs characterize the motifs on these aprons from Thessalia, Argos and Arachova. 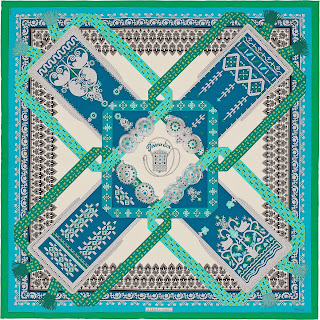 Worn over dresses or skirts, their varied decorative motifs are steeped in symbolism, reflecting different times of day, and the succeeding ages of life: age, social status, the changing seasons and their festivities, captured in costume.
Posted by Costinianus at 6:35 AM