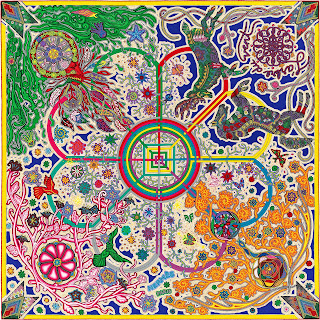 L’Arbre du vent is a tribute to the Huichol people of Mexico’s western Sierra Madre – also known as the Wixáritari – and their polytheistic religion, worshipping the divinity inherent in every aspect of the natural world.


At its centre, the scarf depicts the eye of god, the protector, surrounded by the four elements, marking the four corners of the Huichol world: 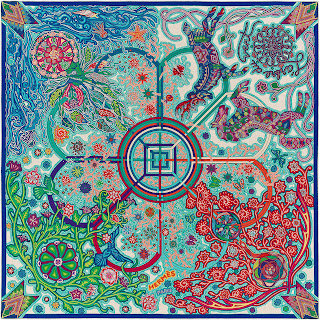 2. Earth, the soul of the world, Tatei Yurianaka, with two hummingbirds fluttering above, symbolising the souls of traditional shamans; 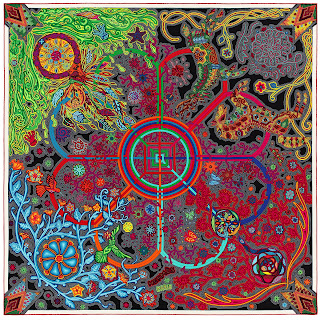 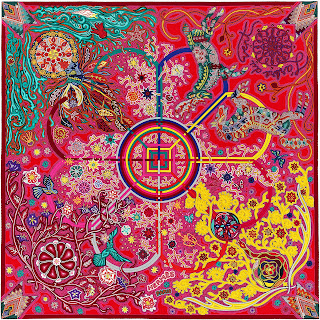 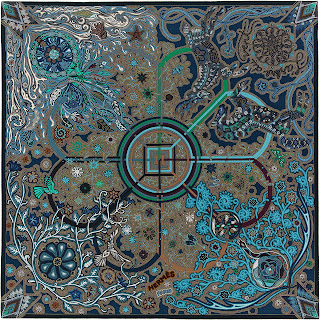 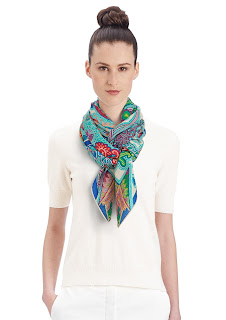 Posted by Costinianus at 6:21 AM