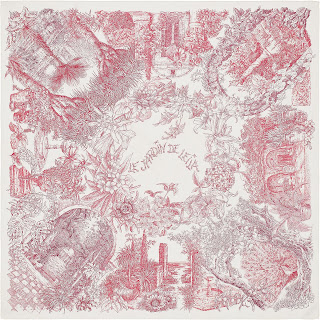 This scarf is a tribute to Leïla Menchari, Hermes' Head Stylist since 1977, in charge of the window displays at Hermes' main boutique on rue du Faubourg St-Honoré.  Four times a year, she enchants visitors and passers-by with visual feasts, bringing together elements from distinct Eastern and Western cultures in hallucinating celebrations for the eye and soul. 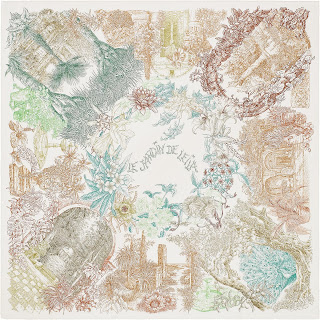 Reminiscent of "Fantaisie Pittoresque" of 2008, and of "Les Jardins des métamorphoses" ("The Gardens of Metamorphoses"), this scarf - modestly entitled "Leïla's Garden" - depicts scenes from a magic place in Leïla's native city of Hammamet, in Tunisia - a private garden she came to discover when she was only 10 and which, through a series of events, became hers when the owners passed.  This garden - featuring native and exotic plants alike, Roman columns and artifacts imported from around the Mediterranean basin, and populated by beautiful birds - including peacocks, captured prominently in one of the scarf's corners - has served as a source of inspiration for countless artists and patrons of the arts. 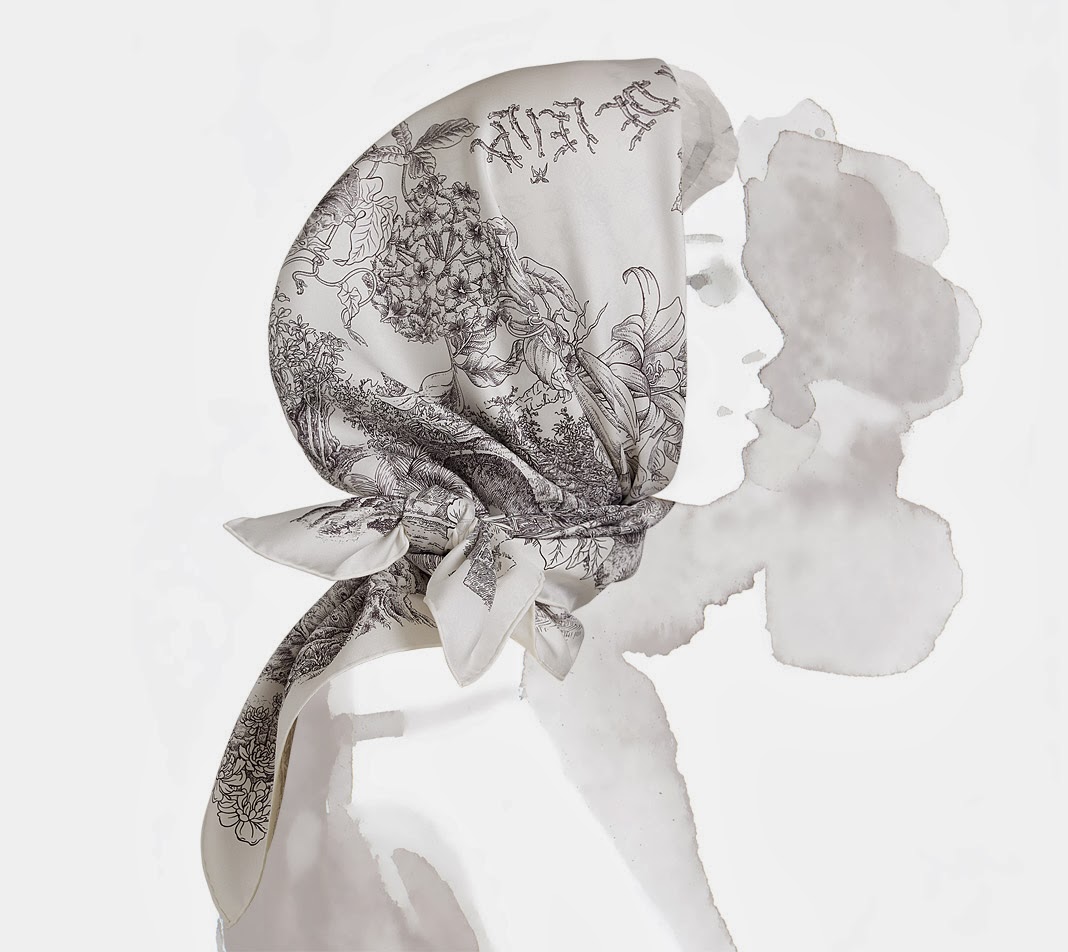 "This garden is possessed of the powers of its deep soil, imprinted with Roman ruins, and nourished by the humus of all the seasons. I entered this world at the age of ten, via the beach that runs next to it. By chance? Or fate – I have never left. Vines take root in the vast trees, their strange, almost animal blossoms adding to the climate of mystery. Time becomes fluid, impalpable. This kingdom of plants is inhabited by the murmur of wind in the bamboo, by birdsong and the melodious croaking of frogs from the depths of the ponds. And so I walked straight to the heart of this surreal, natural scene, which later became the source of inspiration for my decorations for Hermès. Anyone entering this place is struck by the graceful beauty of its elements: they will embrace you, or escape you, reconstruct you in the image of your vision of the world, your sensibility, your relationship to the elements. Do we not say that a garden is the image of Paradise?" - Leïla Menchari 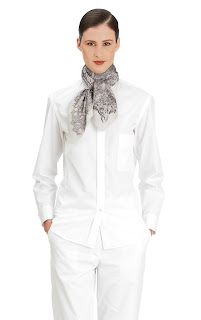